Here you'll find useful information for preparing your trip to Spain. We give you practical tips on documentation, safety, healthcare, what clothes to pack, the usual timetables in Spain, currency, tourist cards, public holidays… so you're all set when you arrive. You'll find the whole list below.

What documentation do I need in order to travel to Spain?

What type of clothing should I pack?

Spain, one of the warmest countries in Europe:
Spain's predominant climate is Mediterranean-temperate, with dry summers, and pretty constant temperatures during the winter. In Spain, you will enjoy more than three thousand hours of sunlight. Therefore, it is hardly surprising that this region is one of the warmest in Europe.
In this sense, we should mention the Canary Islands. Because of its peculiar location, in front of the African coastline, these islands enjoy a mild climate, with generous temperatures (the annual average on the coasts being 22ºC), without a major difference in weather between daytime and night time.

How does the Spanish Health Care System work?

Where can I find the embassy or consulate of my country in Spain?

Where do I buy my medication?

In Spain, medications are obtained at pharmacies. They are all marked with a green cross. You will get your prescriptions from your doctor. If you come from a country in the European Union, or your country has health agreements with Spain, you will have the same prescription drug benefits as Spanish citizens.

Can I take my own medicines when travelling to Spain?

If you have an existing medical condition and require special treatment or diet you are advised to carry a letter from your doctor, translated into Spanish, indicating the nature of the condition, treatment and medicines required. If any of your medicaments fall in the controlled drugs category, you need to comply with regulations on drugs exports in your own country. Then you need to apply for the Spanish import license at your nearest Spanish consulate with the following doccumentation: - License for exportation of controlled drugs - Full name, current address and contact telephone number of applicant or Drug Unit.- Flight details (dates) and destination address in Spain.- A FAX number or address details to send the Spanish Import License once we receive it from Spain.Special dietary products are available from health shops and pharmacies.
________________________________________

Where do I call in the case of an emergency?

Is Spain a safe country?

As a citizen of the European Union, what should I know about health care in Spain?

What you should know about medical care if you come from a non EU member state.

Countries that have community regulations: Switzerland, Norway, Iceland and Liechtenstein. They have the same health regulations as the rest of the member states.Countries with bilateral agreements with Spain: Andorra, Brazil, Chile, Ecuador, Peru and Paraguay. You can also receive free medical and hospital attention in case of emergency due to illness or accident. For this you must issue the certificate corresponding to your country. If you have left it behind, you will have to pay any hospital, medical or pharmaceutical bills in advance, so keep the bills and then seek reimbursement of your expenses from the organisation to which you belong.Other countries:Although you will receive medical attention in an emergency, this will be liable for payment. It is therefore advisable to take out medical insurance.In any case, you should contact the relevant office in your country of origin for full details regarding current requirements to receive medical care in Spain.
________________________________________

What is the currency in Spain?

How much money will you need for expenses during your stay?

The average prices for products and services can vary according to the province and the season. As a general guideline, below is a list of approximate prices for some services and products:

How else can I pay?

Payment using recognised international credit cards is also commonly available in Spanish shops. They usually have signs indicating this option at the entrance to the establishment. When you make a payment you should show your passport or ID card.

Where can I exchange foreign currency?

When are the shops open?

The most usual business hours are from Monday-Saturday, from 9:30 am to 1:30 pm, and 4:30 to 8 pm. Major shopping centres and department stores are open all day from 10 am to 9 or 10 pm. The main department stores and shopping centres also open their doors to the public on some Sundays in the year. Establishments usually stay open until after 10 pm in the high season in coastal areas. What's more, in a number of cities opening hours are unregulated, and shoppers thus have a wider range of opening hours.

When are the national public holidays in Spain?

At what time are meals served in Spain?

Breakfast is usually served from eight to ten in the morning. Lunch, at restaurants, is served between 13.00 to 15.30 h. Dinner is served from 20.30 to 23.00 h. Many establishments are open continuously throughout the day, especially bars and cafeterias; there you can have "tapas", appetisers, and combo meals.

Cinemas usually have flexible hours, starting around 16.30 to 17.00 h. The last showing is around 22.00, although there are cinemas with midnight shows in all major cities. Theatres usually have a single show, which normally starts around 20.00 h.

What time is it in Spain?

What is the electrical voltage in Spain?

Which system of weights and measures is used in Spain?

Is tap water safe to drink?

In Spain, drinking water is guaranteed everywhere in the country. Nonetheless, in some areas of the Mediterranean coast and islands it is more common to drink bottled water.

NEXT POINT:
SOUTH OF SPAIN.
FOR ME,  THE BEST LAND OF THE WORLD 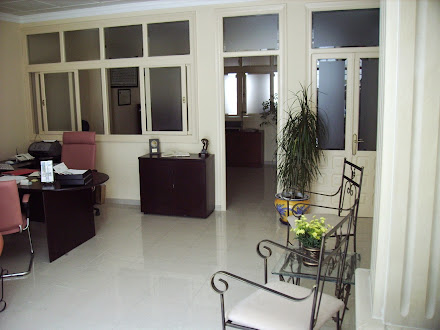